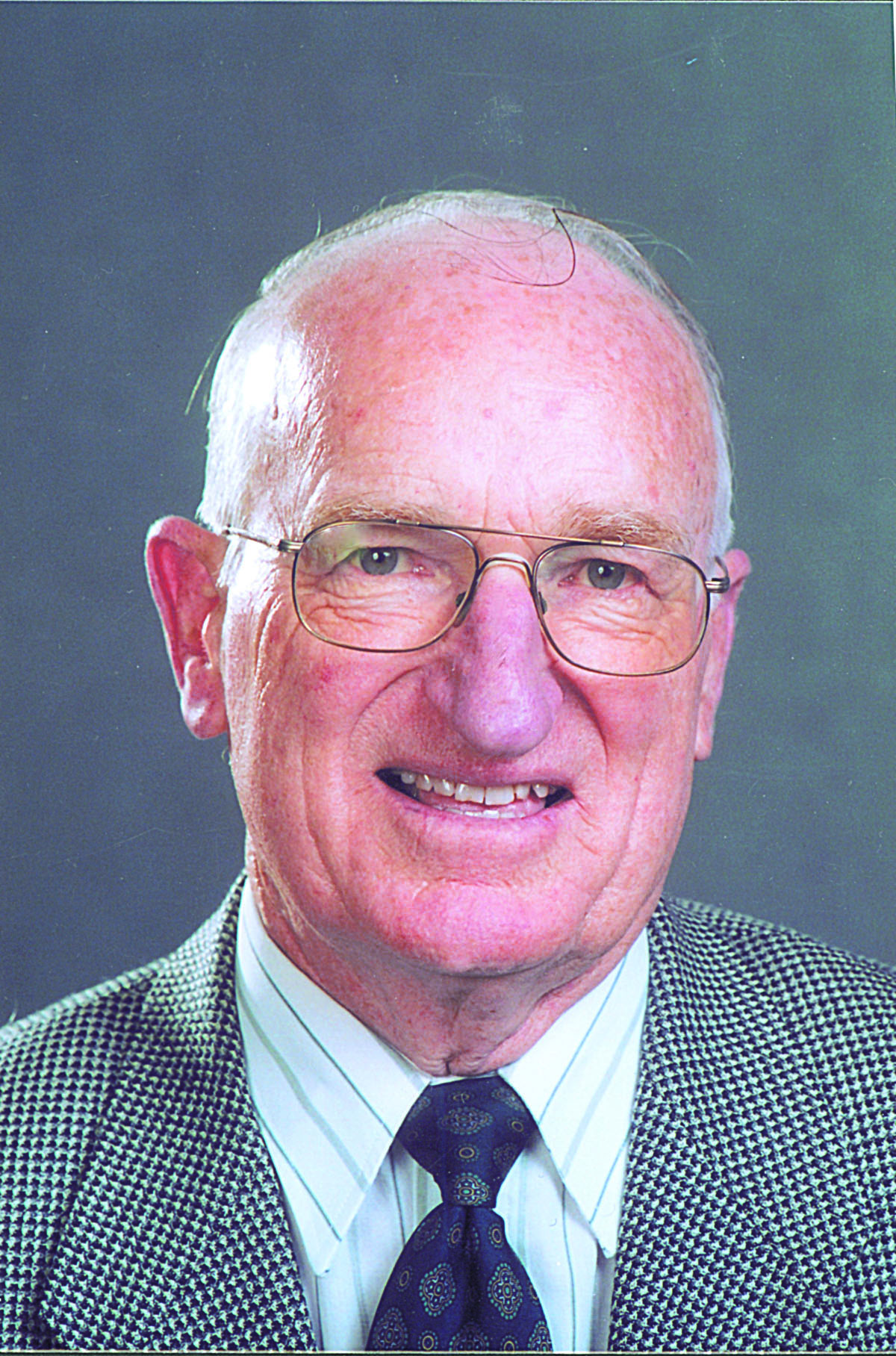 As General Manager of WestGen, Gordie Souter was integral in bringing together the four Canadian A.I. organizations (WestGen, CIAQ, Gencor and EBI now known as EastGen) to form The Semex Alliance in 1997.  At that time, the sire analyst group was brought under The Semex Alliance structure and Gordie provided leadership to the genetics team and was responsible for acquiring bulls in the Western Provinces until his retirement.

Because he was a visionary leader, he was asked to work on special projects for The Semex Alliance including a review of housing, production and distribution nearly 20 years ago. Today, many of his recommendations have come into fruition.

Known for his thriftiness, vision and passion for the A.I. business, Gordie provided leadership to Semex subsidiaries, liaised with the Board of Directors and traveled worldwide as a well-respected Semex ambassador.

During his more than 40-year career in the genetics and AI field, Robert Gordon Souter – or as most people knew him, “Gordie” – made an impact on the Western Canadian industry that is simply unmatched. Born in Alberta and educated in British Columbia, Gordie joined what was then called the BCAI Centre (now WestGen) in 1961 as a technician, and worked his way up to becoming General Manager in 1977. His exceptional skills and vision in all aspects of genetic improvement enabled him to become a major innovator in the cattle breeding industry, and lead him to refine genetic evaluation methods, develop sire proving programs, introduce genetic mating programs, and improve cow identification and registration. Furthermore, no one has been responsible for the purchase of more millionaire sires than Gordie- Madawaska Aerostar, Oliveholme Aeroline, Stouder Morty and Mainstream Manifold are all credited to him.

In addition to being an industry legend, Gordie was also a much-loved manager who inspired passion in everyone he worked with at the BCAI Center, and he had the unquestioned respect of all its long-tenured employees. Gordie Souter is the originator of, and best ambassador for WestGen’s ongoing mission to always “punch above its weight class”. In recognition of his outstanding contributions to the company and the Canadian AI Industry as a whole, WestGen’s new boardroom was dedicated to Gordon Souter during the Grand Opening celebration last week- the last public event that Gordie attended. Everyone at WestGen is truly honoured that they had the privilege of expressing their gratitude to Gordie at the Grand Opening, and that they got the chance to be with him again before he passed. It seems fitting that his last public appearance was at a function where he was surrounded by friends, family, and both the colleagues he inspired, as well as the farmers that he served so well, during his career in the AI industry.