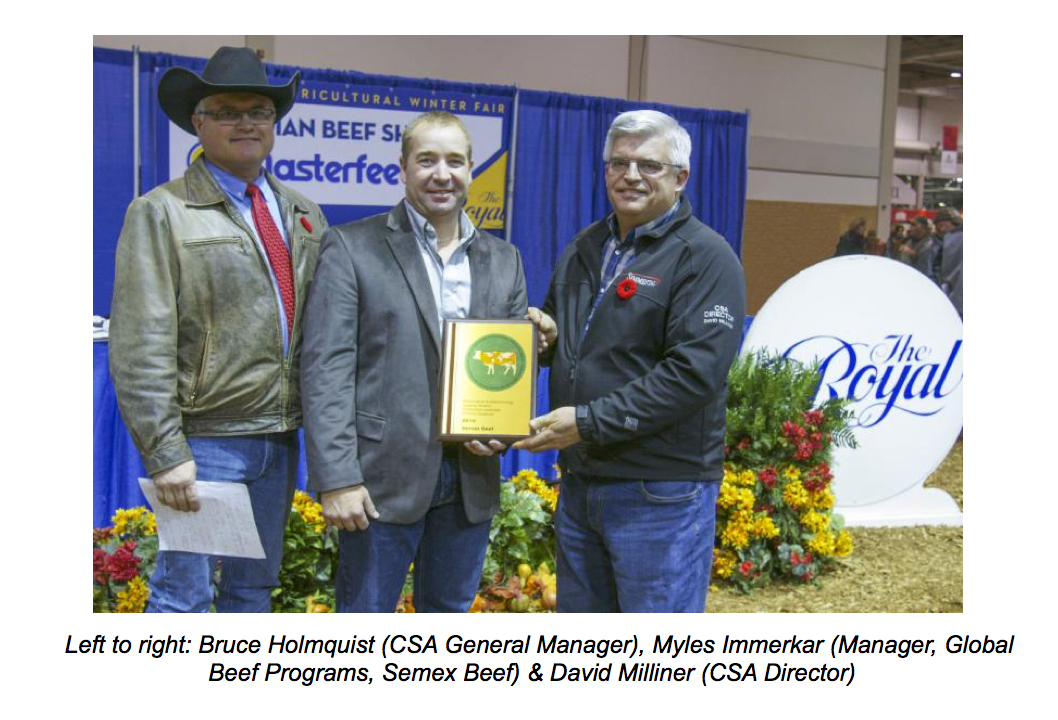 
Semex Canada was formed in 1973 as an international marketing arm for Canadian A.I. units and in 1997 Semex Alliance was formed. The Semex Beef program was formed in 1997 to provide Canadian beef genetics to the global market-place and has quickly grown into one of the world's leading beef programs with a product offering that involves in excess of 25 beef breeds and exports to over 70 countries on a regular basis.


The Simmental breed has been a major contributor to the success of Semex Beef and continues to be the highest selling beef breed globally for Semex. Sales of Simmental genetics have been exported to 68 countries and are responsible for in excess of 1.1 million doses of sales over the past 5 years.