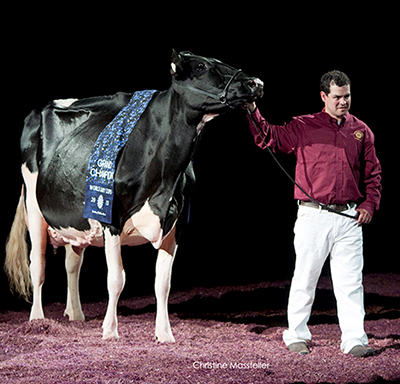 Semex’s Braedale Goldwyn once again showed his prowess on the coloured shavings, siring nearly 25% of the entire show, with daughters capturing nearly every award possible.

Capturing the Premier Sire Banner for a record sixth consecutive year, (dating back to 2008 when he was one of the youngest and highest ranking TPI sires to ever win the award), Goldwyn daughters were certainly some of the most anticipated to enter the ring again this year, with many returning year after year.

Other Goldwyn winnings include:

Semex’s lineup of Show Time™ sires is much more than just Goldwyn, with many other stud code 200 sires rising to the top with impressive results:

With top placings in all classes from a variety of sires offering both profitability and longevity, Semex and the code 200 sires really are Genetics for Life.