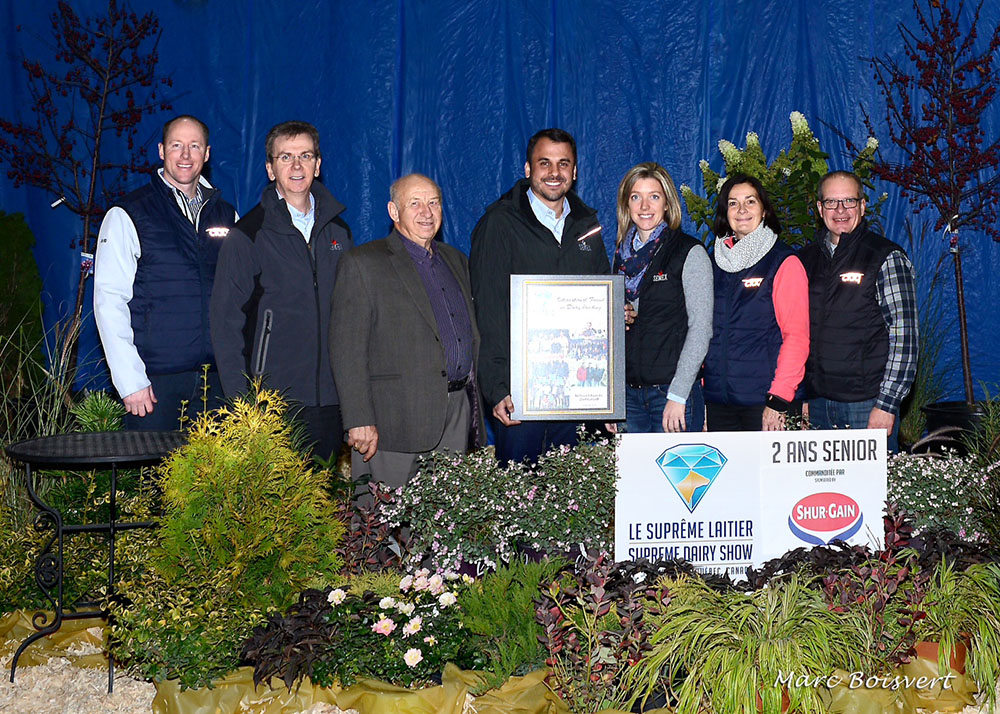 The International Friend in Dairy Cattle Breeding Award is a recognition that highlights the important contributions of a person outside of Canada in promoting Quebec dairy cattle breeding. During the first edition of the Supreme Dairy Show, the organizing committee presented this award to Semex’s Nelson Eduardo Ziehlsdorff.


Nelson is an accomplished businessman, leading five companies, including Semex Brazil where he has been President and CEO since 2007. Based in Blumenau/Santa Catarina, Semex Brazil specializes in the marketing of bovine, goat and sheep genetics. With over 90 representatives throughout Brazil, Nelson manages a team that not only offers genetics, but also technical advice on management, reproduction, nutrition and genetic solutions focusing on fertility, longevity, performance and long-lasting partnerships.


Additionally, Nelson is a well-recognized dairy cattle breeder owning SCR Farms, a herd of approximately 120 cattle with an additional 60 Holstein and Jersey donor cows housed in Canada and the United States.


Nelson has been key in the organization and accompaniment of numerous Brazilian breeder trips to Canada. He came to Quebec for the first time in 2005 with a group of Jersey breeders, these visits focus on the success of elite and progressive herds. These visits have helped increase the knowledge and appreciation of dairy cattle breeding.


Nelson and his wife Tatiana are the proud parents of two young boys, Vicente (13) and Arthur (9).