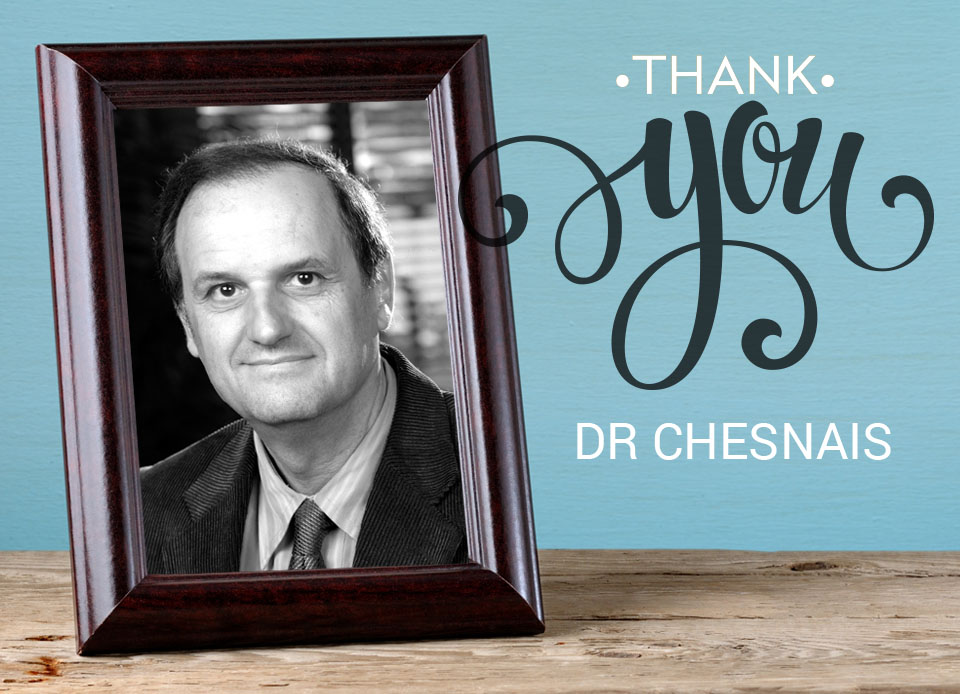 Dr Jacques Chesnais' last day at Semex will be Monday, July 31. Dr Chesnais, Semex Senior Geneticist, first joined Semex in 2003 and has led our genetics team on many fronts. Most importantly, he pioneered genomic studies with industry partners and supported the research behind many key Semex tools and programs. Semex thanks Dr Chesnais for his steadfast dedication and the entire Semex Family wishes him all the best in this next chapter of his life.

When asked about changes he has seen since 2003 he comments, "Without question it has been the introduction of genomic selection. One of the main reasons I joined Semex in 2003 was that I believed, based on the science available at the time, that genomic selection would revolutionize selection in dairy cattle."

"Semex was willing to let me start a research program to investigate this idea, even if at the time few people in the industry thought that genomics could have a large impact on dairy cattle breeding. The next year, in 2004, we started what was the first AI-driven research project in genomic selection in North America, in cooperation with the University of Guelph and Pyxis Genomics, based on 4,500 markers. By 2006, following the sequencing of the bovine genome, we were using 10,000 markers. Soon after, we realized we needed more markers and more bulls and became part of the USDA genomics project led by Curt Van Tassell, which used DNA from the Collaborative Dairy DNA repository (CDDR)."

"This led to North American genomic evaluations in 2008 on a research basis, and in 2009 on an official basis and the rest is now history."