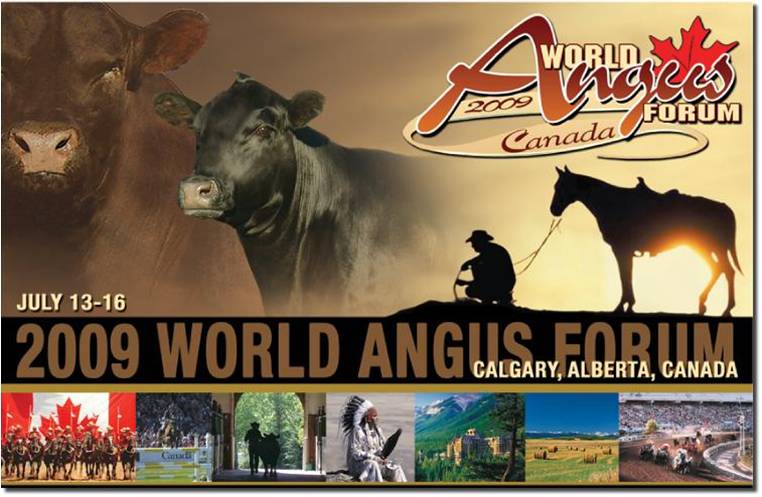 Angus breeders from all around the world will be coming together in Calgary, Alberta next week for the 2009 World Angus Forum. From July 13th to July 16th Spruce Meadows will host thousands of visitors from around the world and will have over a 1000 head of cattle on display. Other attractions include:

Semex is extremely proud to be a major sponsor and participant of the WAF. Please come and visit us in the lounge at the Semex Barn F, we would love to meet you.
For more information on the World Angus Forum click here

In recent months there have been several genetic disorders recently identified in a couple breeds including Black and Red Angus.

In September 2008 the AAA was asking breeders to report any abnormalities, specifically calves born dead with bent and twisted spines. This later went on to be diagnosed as Arthrogryposis Multiplex (AM), also referred to as Curly Calf Syndrome, a simple recessive gene that has been since traced back to a common ancestry. A test has been established in order to identify carriers and Semex quickly responded and had any suspected bulls tested. We are happy to announce that all the bulls we had tested came back as AMF, these results are noted both in the 2009 Beef Catalogue as well as our website. For more information on AM as well as a list of carriers please click here.

Another genetic abnormality was brought to light while researching AM and in February 2009 the AAA sent out another request to breeders to report any calves being born with extreme hydrocephalus. They have since identified this as Neuropathic Hydrocephalus or more commonly NH. At this time there is no AAA recognized testing however they have started to test AI bulls on a trial basis and we are disappointed to have to inform you that S A V Legacy 5216 and Silveiras El Capitan 6510 have both tested as carriers of NH. To read more on NH please click here.

The Red Angus have also recently diagnosed a recessive gene in the breed, Osteopretosis or more commonly referred to as Marble Bone Disease. An RAAA approved test was just recently released and we are happy to announce that both Red 5L Gunfire 1173-6966 and Red Champlain Serenade 2513P have both tested OSF. For more information on Osteopetrosis please click here. 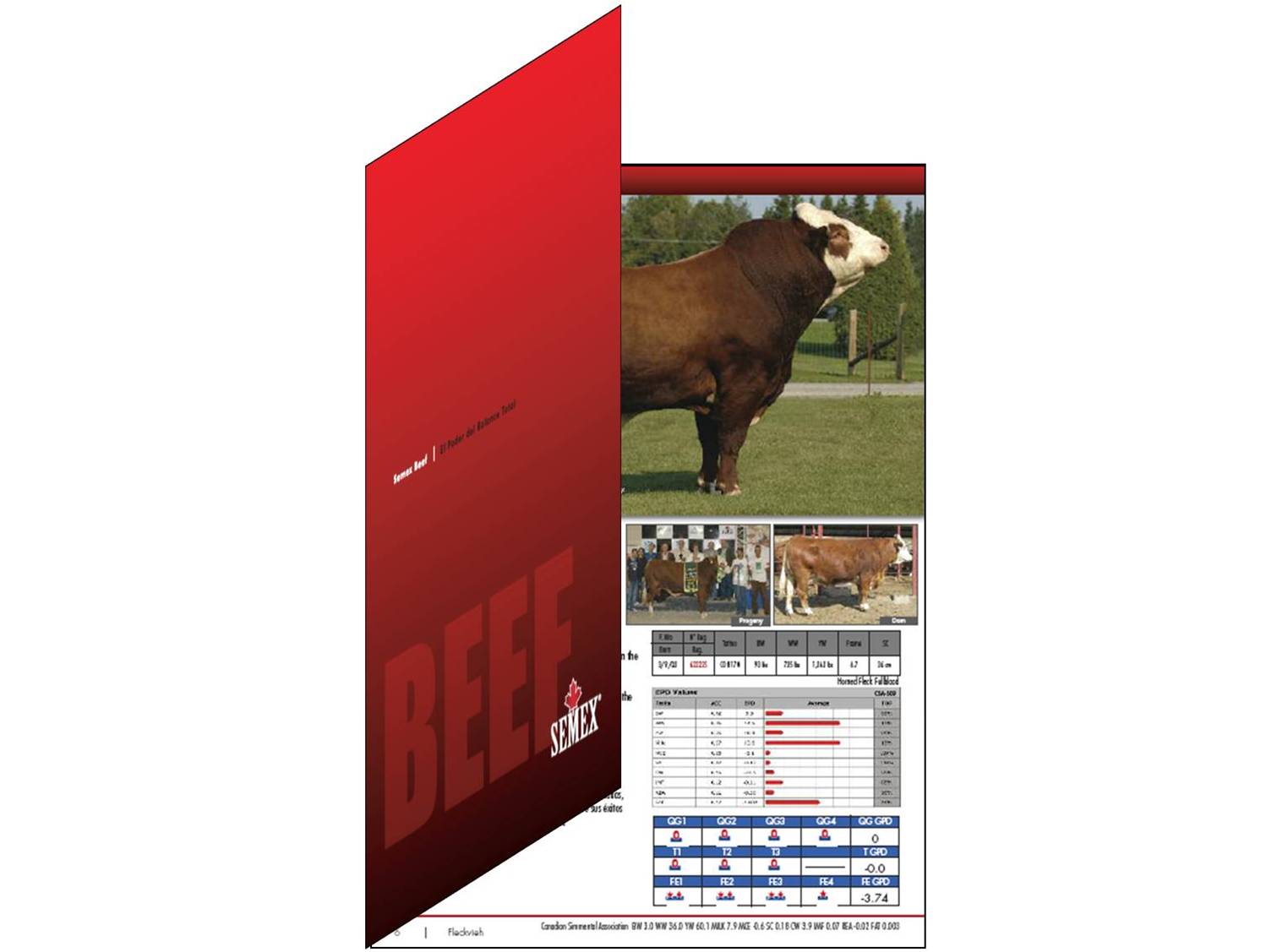 We are excited to announce the new 2009 Semex International Beef catalogue is now available. An incredible 68 page bilingual catalogue featuring sires from over 10 different breeds complete with bulls and progeny pictures, EPDs, GeneStar testing and so much more. To order a copy please contact your local representative or click here to download a copy.
... Read More... 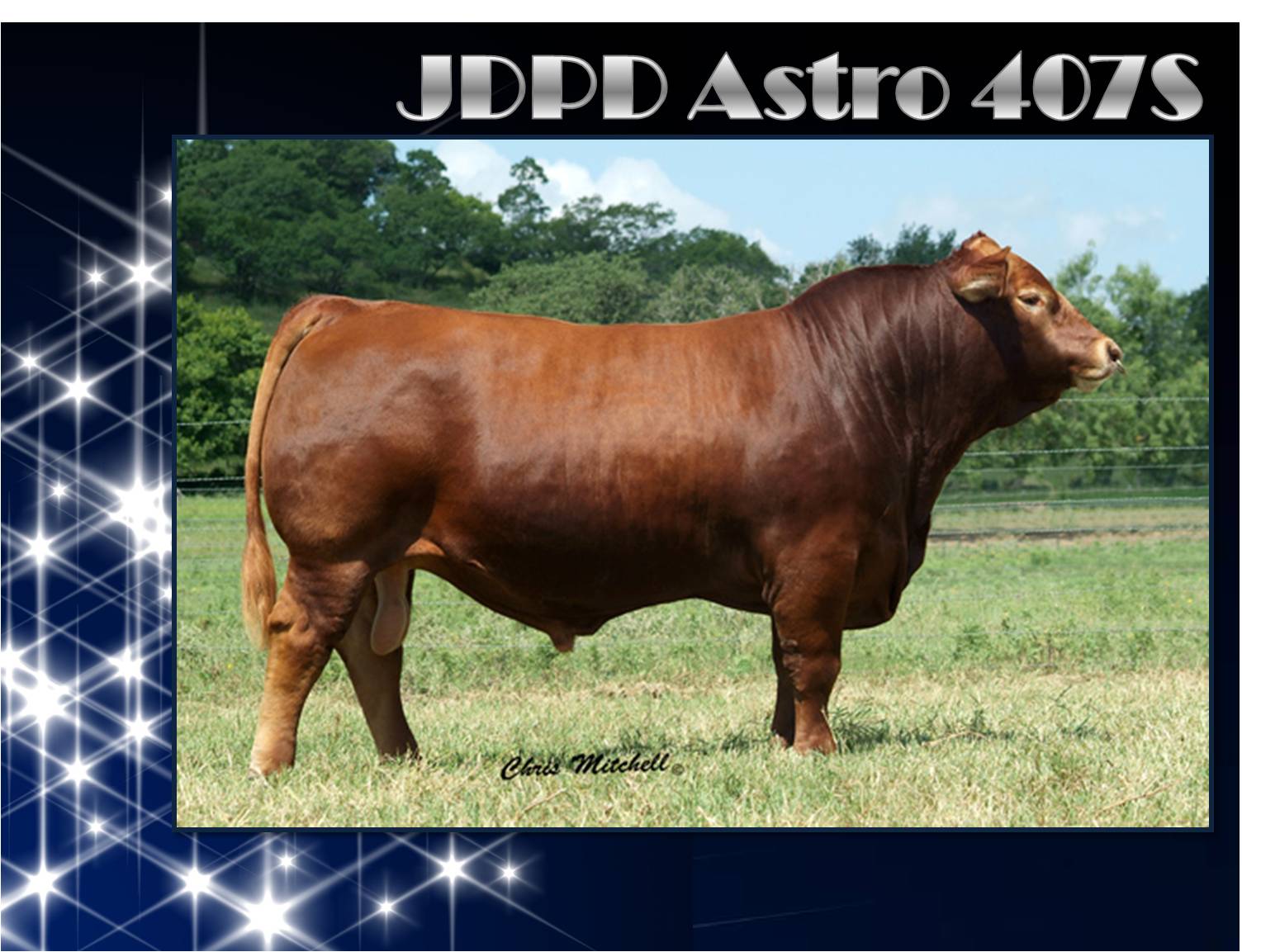 We are happy to announce JDPD Astro 407S is the newest addition to the 2009 Semex Gelbvieh line up in Canada. This homo polled purebred combine’s unparallel muscle, depth, growth and thickness with a flawless phenotype. For more information on Astro please check out his bull page.
... Read More...