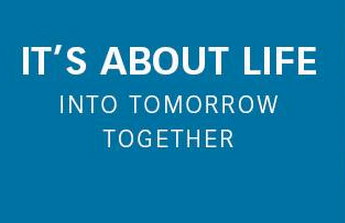 Semex Lineup & Genomax Stronger Than Ever With August Proofs


At Semex, we’re committed to delivering you profitable results. Working with you and listening to your needs directs us, ensuring that our line-up is the most diverse and profitable in the industry. Semex has you covered whether you are looking for outcross bloodlines, newly released daughter proven sires, extremely fertile sires or high reliability second crop sires.

And, if you are looking for leading genomic young sires, Semex is certainly where you want to be doing business, as five of the Holstein USA official top 10 TPI Genomic Young sires call Semex home! And, that is Genetics for Life. 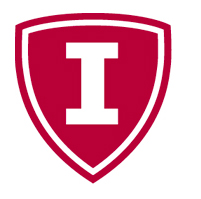 The following Semex sires have been recognized in August 2013 as Superior Production sires having combined genetic indexes for Fat and Protein in the top 5% of the Canadian sire population. Sires must have a reliability of at least 85%.


The following Semex sires have been recognized as Superior Type in August 2013. Sires winning this award are within the top 5% of the sire population for their conformation proof (Conformation, Mammary System, Feet & Legs, Dairy Strength, Rump) and with a reliability of at least 85%.


Holstein Canada recognized the following Semex sire for Class Extra, which requires elite standards for both production and conformation. 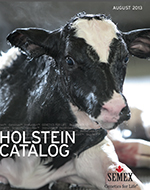 The August 2013 LPI & TPI proofs are now online on Semex's website at www.semex.com!

At Semex we look forward to these evaluations, as it gives us the opportunity to reaffirm our commitment of Genetics for Life to our customers worldwide. In August, Semex sires continue to deliver the traits and breeding options dairymen around the world demand.


To view video footage of many of these new release sires please visit Semex’s Youtube channel at www.youtube.com/semexalliance. Additional information on these bulls including complete LPI and TPI data is available at www.semex.com
... Read More... 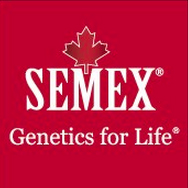 Semex is extremely excited to announce the opening of Boviteq operations in Madison, Wisconsin, USA.

Semex’s research and development arm, L’Alliance Boviteq, located in Saint-Hyacinthe, Québec, Canada, is world-renown for both its research and bovine embryo work. For decades, producers from coast to coast in both Canada and the USA have benefited from and looked to Boviteq as their source for reproductive excellence.

Now, with a world-class, state-of-the-art IVF (In Vitro Fertilization) facility open in Madison, Wisconsin, Boviteq is excited to offer Semex and its American clients a laboratory specializing in IVF for the commercial, elite and beef markets.

“We plan to bring the standards that made us successful in Canada to the USA market,” says André Barnabé, L’Alliance Boviteq Chief Executive Officer. “IVF is a complex process and we consider success to be a true partnership with veterinarians and producers. This is the best way to provide optimum results to the customer.”

“However, we will not be housing cows for breeders,” says Barnabé. “Instead we will be working with and training our clients’ vets to our protocols. They will conduct the OPU (Ovum Pick Up) for their customers. These OPUs will be sent to our lab and we will either ship back fresh embryos or freeze them.”

Limited work has already begun with vet clinics and dairies nationwide, offering Semex customers valuable IVF solutions in both the commercial and elite genetic sectors. Those interested in exploring IVF solutions on their dairy should contact their Semex Genetic Consultant.
... Read More...

Dr. Morris ‘Moe’ Freeman passed away peacefully on July 15 in Guelph, Ontario with his beloved wife of 57 years, Ruth, and loving family at his side. Born 80 years ago in Markdale, Ontario he was the loving son of Thomas & Annie (Graham) Freeman, cherished brother of June Falls (Ormond), Keith (Joan) and Doug (Eleanor); proud father of David (Laura), Michael (Odette) and Paul (Karen); and joyful and doting Grampa to Erin, Monica, Thomas, Danielle and John.

Moe was one-of-a-kind: a talented athlete, dedicated scholar and professor, successful businessman but, above all, a caring, kind and wonderful gentleman, who never forgot the lessons of humility, hard work, and compassion learned in a happy boyhood on the family dairy farm.

He was the first of his family to attend university when he started first year at the Ontario Agricultural College (OAC), now the University of Guelph. He often joked that his parents, although supportive, were convinced homesickness would bring him home in a couple of weeks. Happily, they were wrong and Moe went on to distinguish himself athletically and academically as a proud graduate of OAC 1955, including an athletic letter and playing on the collegiate hockey team, the last two years as captain. Moe also met the love of his life, Ruth Cooke, on a blind date in first year. They married in 1956 and shared an incredible, loving relationship that stood the test of time.

Moe's undergraduate courses and early work experience convinced him that his future lay in the study of genetics. And so, in September 1966, Moe and Ruth and their family of three boys moved to Ithaca, New York so that he could earn his PhD at Cornell University. Moe returned to his alma mater in 1969 as an Assistant Professor in Animal Science. He continued to be a consummate advocate, fundraiser and benefactor of the University of Guelph for the ... Read More... 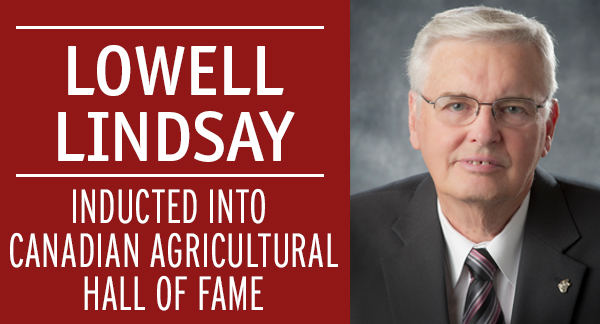 Lowell Lindsay To Be Inducted Into Canadian Agricultural Hall of Fame

Semex and EastGen are extremely proud to announce that Lowell D. Lindsay will be inducted into the Canadian Agricultural Hall of Fame.

“It was with great and unreserved pleasure that Semex and EastGen, submitted the nomination of Lowell Lindsay for induction into the Canadian Agricultural Hall of Fame. Lowell achieved a great deal in his career, however, Canadian agriculture and specifically the dairy cattle industry has been the true benefactor,” says Paul Larmer, Semex Chief Executive Officer. “It is impossible to measure the economic impact that Lowell has had, however his career spanned 53 years, and when one looks at the genetic progress made in Canada over that time period it is immense. Working for a ‘Producer Owned’ company for his complete tenure, Lowell always knew who he worked for… The dairy producers of Canada.”

EastGen General Manager Brian O’Connor comments, “Lowell was influential in turning artificial insemination, sire selection and young sire testing programs into the most impactful breed improvement tools to date within the dairy industry. Furthermore he was a driving force in establishing Canada as the world leader in Holstein genetics, and became an international industry icon for sire selection, cattle evaluation, judging and exhibiting cattle while also inspiring young people to drive the industry further in these areas.”

This year four Canadians will be inducted into the prestigious Canadian Agricultural Hall of Fame. Lowell, along with John Oliver, the late John Wise and Donald Ziraldo will be formally inducted on Sunday, November 3, 2013 at the Royal Agricultural Winter Fair in Toronto, Ontario, Canada. 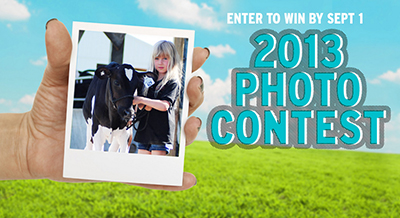 Be Part Of Semex's Photo Contest!

Semex is pleased to announce its Annual Photo Contest. Semex is looking for new, exciting photos featuring Semex-sired progeny to use in Semex
promotions such as calendars, posters, brochures, website and much more.

Preference will be given to photographs that include Semex cows and attire and will be judged on composition, quality and character of image, suitability and/or creativity in relation to a category theme and overall impression of the photo.

All competition finalists will be posted to Semex’s Facebook page to be voted on by our fans, making it a true ‘People’s Choice’ competition.

All entries must be received via the Semex website by September 1, 2013. 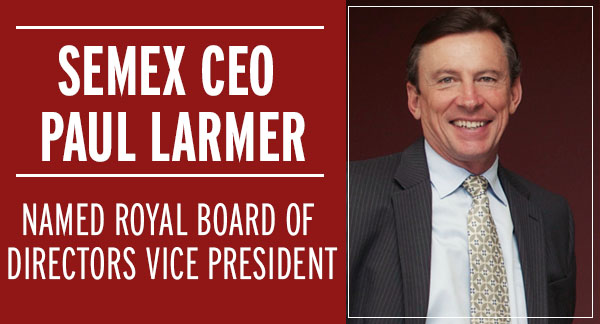 Recently the Royal Agricultural Winter Fair Association held its 91st Annual General Meeting in Toronto, Ontario. At this meeting, it was announced that the Board of Directors had elected Paul Larmer to the role of Vice President of the Royal Agricultural Winter Fair for 2013.
Since 2009, Paul has been a valued member of the Fair’s Board of Directors, bringing decades of experience in the agriculture and food sector. Throughout his career, Paul has demonstrated strong leadership, management and strategic planning expertise. Paul has vast knowledge and expertise of the bovine genetics industry at a national and international level.
He has been an instrumental force in building the dairy industry in Canada. As a past General Manager of United Breeders, Paul worked closely with the Boards of Directors of United Breeders and Western Ontario Breeders to facilitate the merger and formation of Gencor in 1995 (known as EastGen today). Paul was also key in the formation of the Semex Alliance in 1997, where he currently holds the position of Chief Executive Officer, championing their growth as a global leader.
Paul is also a strong promoter of youth and has served on the Board of Trustees of the Ontario Youth Trust Fund, is a past chair of the Ontario 4-H Foundation and the OAC Alumni Association.
The Royal Agricultural Winter Fair Association is honoured that Paul Larmer has accepted this role of Vice President.
... Read More...

Semex has been at the forefront of genomic research since 2003, and has been incorporating genomics into its breeding program to increase both the number and diversity of elite bulls to our clients.
Since August 2008 Semex’s Genomax™ product has done just that, allowing Semex customers worldwide to make the most genetic progress and profit within their own herds. Following the January 2010 genetic evaluations, Semex is extremely pleased with the official evaluations posted by its first Genomax™ team.
“In August 2008 Semex released its first team of five genomic bulls in North America,” says Pierre Laliberte, Semex Alliance Senior Vice President, Genetics & Research. “Not even 18 months later, as four of those bulls are officially proven, we can definitely say that this concept works better than we hoped. If we look at the average of these proven bulls and compare it to their genomic proof, the group obtains a +1895 for TPI now compared to +1889 in August 2008. Production is slightly lower, but the type is up with desirable functional traits.”
In fact, many traits for this group of sires increased, including fat and protein percentages, PTAT, UDC, FLC, PL and NM$. Individually these bulls are leaders of the breed and are poised to make their mark, with Semex customers already reaping the benefits of having utilized these Genomax™ sires when first made available:
• 0200HO00422 MORSAN OMANNY (Top 10 New Release TPI Sire Jan 2010)
• 0200HO05357 COMESTAR LECLYPSE (Top Herd Life, Calving Ability & Low SCS Sire)
• 0200HO05378 KLOVER-HILL JAVA-ET (#1 FLC & UDC Int’l Sire Jan 2010)
• 0200HO05428 MY-JOHN KARIK-ET (Increased TPI, Deviations & FLC)
• 0200HO05575 GILLETTE JORDAN (Early Goldwyn son poised to make impact in April 2010)
“Breeders that used the first Genomax™ team were able to take advantage of very fine genetics in advance,” says Laliberte. “As Semex has always said, the reliability of a team of genomically proven bulls is ... Read More...