Semex’s corporate mission is to ‘Create value by developing and delivering innovative genetic solutions.’ We do not take this for granted and each genetic evaluation gives us the opportunity to reaffirm this commitment to our clients, whether they’re seeking GLPI, GTPI, GPLI, Type, Net Merit $, Calving Ease, Immunity+ or any of the other traits that drive profitability at the farm gate. 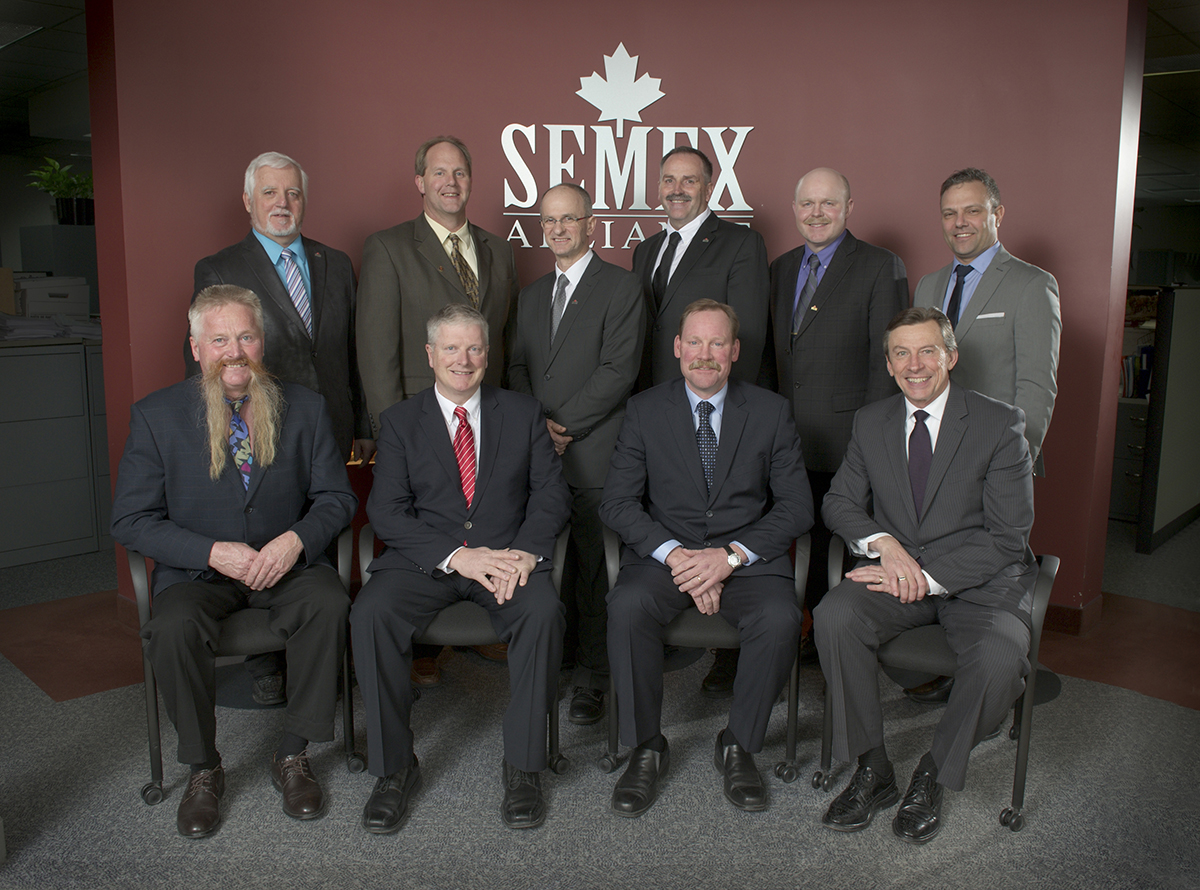 Semex Announces Board of Directors

Semex is pleased to welcome two new members who will serve on its Board of Directors:


In 2015-2016 Norm McNaughton (EastGen), will serve as President & Chairman of the Board, assisted by Vice President Gary Bowers (CIAQ) and Executive Member Henry Gisler (WestGen). Other members of the Board of Directors include: Léonard Chabot (CIAQ); Germain Lehoux (CIAQ); Robert Wright (EastGen); Warren MacIntosh (EastGen); and Gerrit Wensink (EastGen).

For more information on Semex, Genetics for Life or any of Semex’s products and services visit www.semex.com
... Read More... 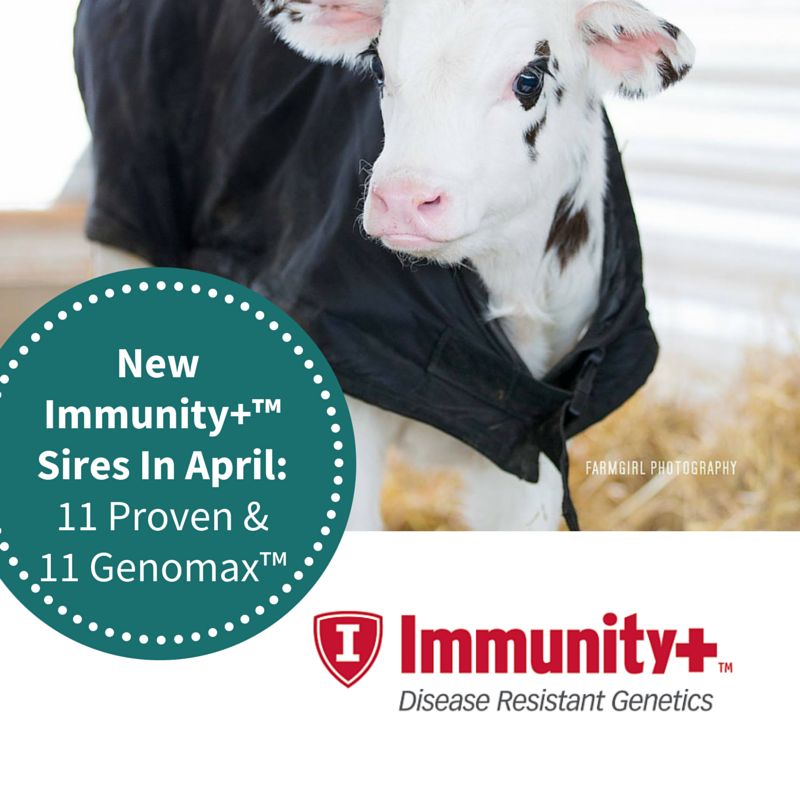 In 2013, decades of research and hard work in collaboration with the world-reknown University of Guelph in Canada resulted in the launch of Semex’s Immunity+ sires worldwide.

“Some cows and cow families just do not get sick,” says Semex CEO Paul Larmer. “They go virtually unnoticed in the herd, doing their job day in and day out. Worldwide, dairymen are requesting these sires because they know, just like we know, that it makes sense. And, lowering drug costs and increasing productivity through healthier calves and cows is a goal of all producers everywhere. In 2013, Dairy Herd Management recognized Immunity+ as an Innovative Product of the Year at World Dairy Expo. This was a very definite endorsement from the dairy industry that this technology is truly unique, valuable and a game changer.”

High immune response technology has shown the potential to be one of the more significant innovations in the genetics industry. Producers worldwide are recognizing the value of using Immunity+ sires in their own strategy to improve their herd and animal health. 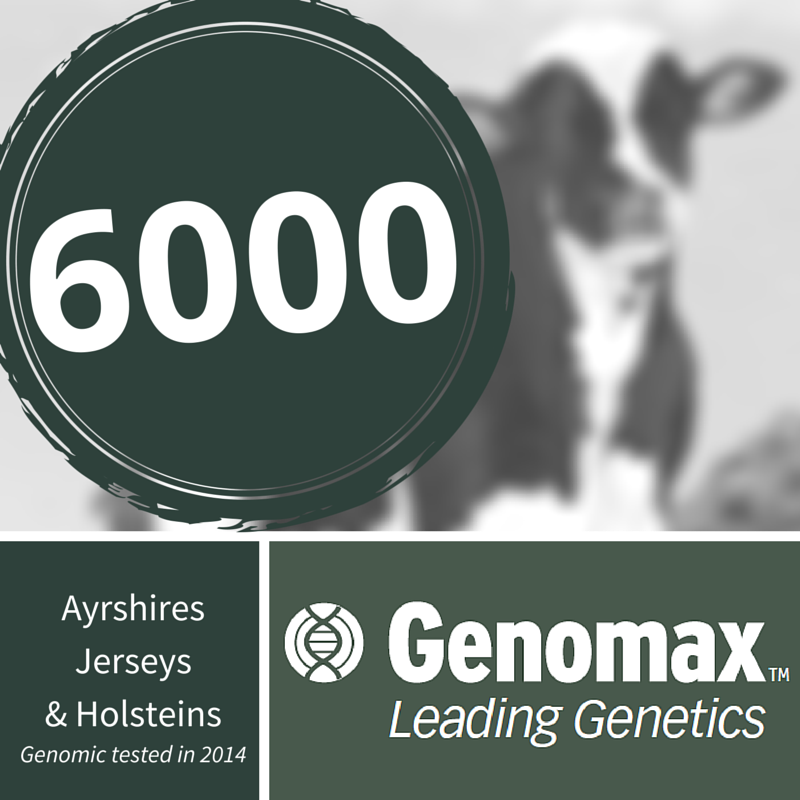 He joins an elite list, including 0200HO06480 Val-Bisson Doorman and the program’s most famous graduates to date, Facebook and Numero Uno. Both of these bulls continue to reside in the top rankings worldwide, along with 0200HO02698 Misty Springs Supersonic, Millionaire Sire 0200HO00402 Mainstream Manifold and now also 0200HO06267 Gen-I-Beq Lavaman, the #1 PLI sire in the UK.

Joining this elite group for the first time in April are: 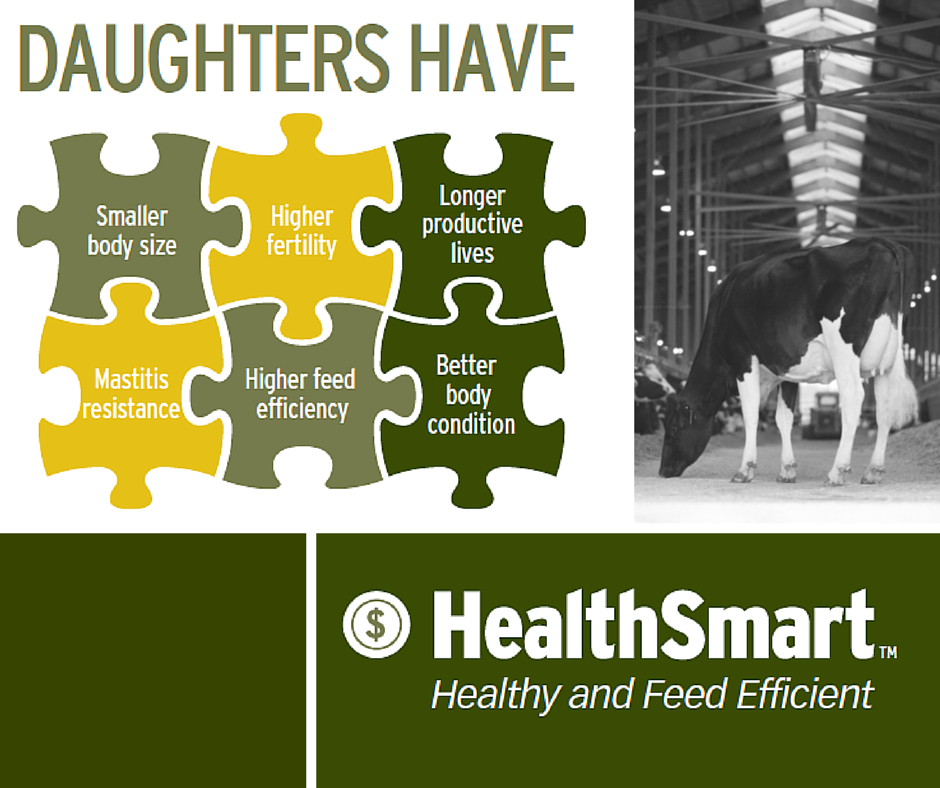 Semex HealthSmart Lineup With Feed Efficiency More Valuable Than Ever 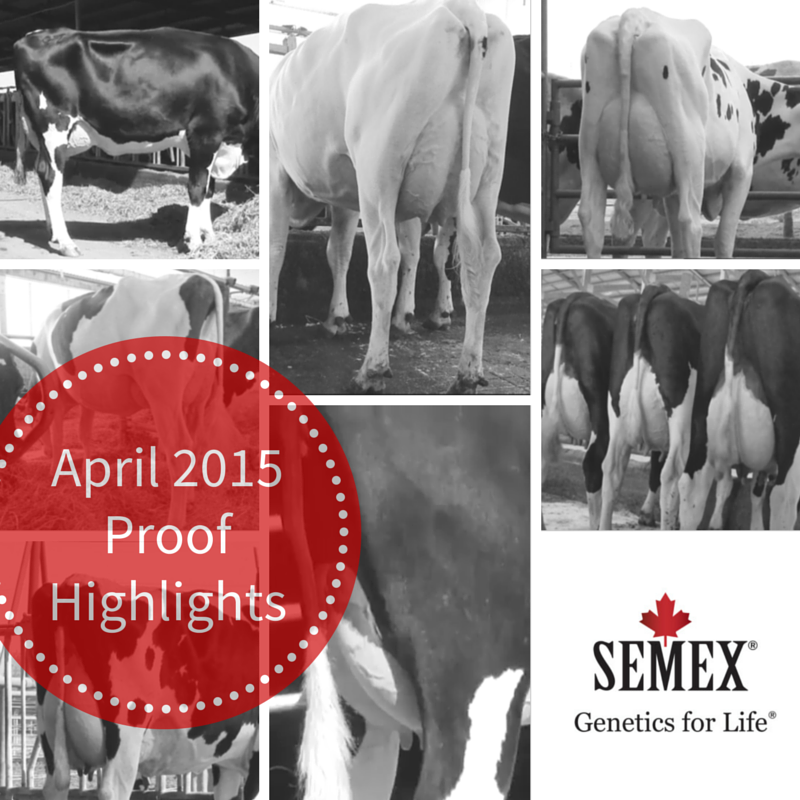 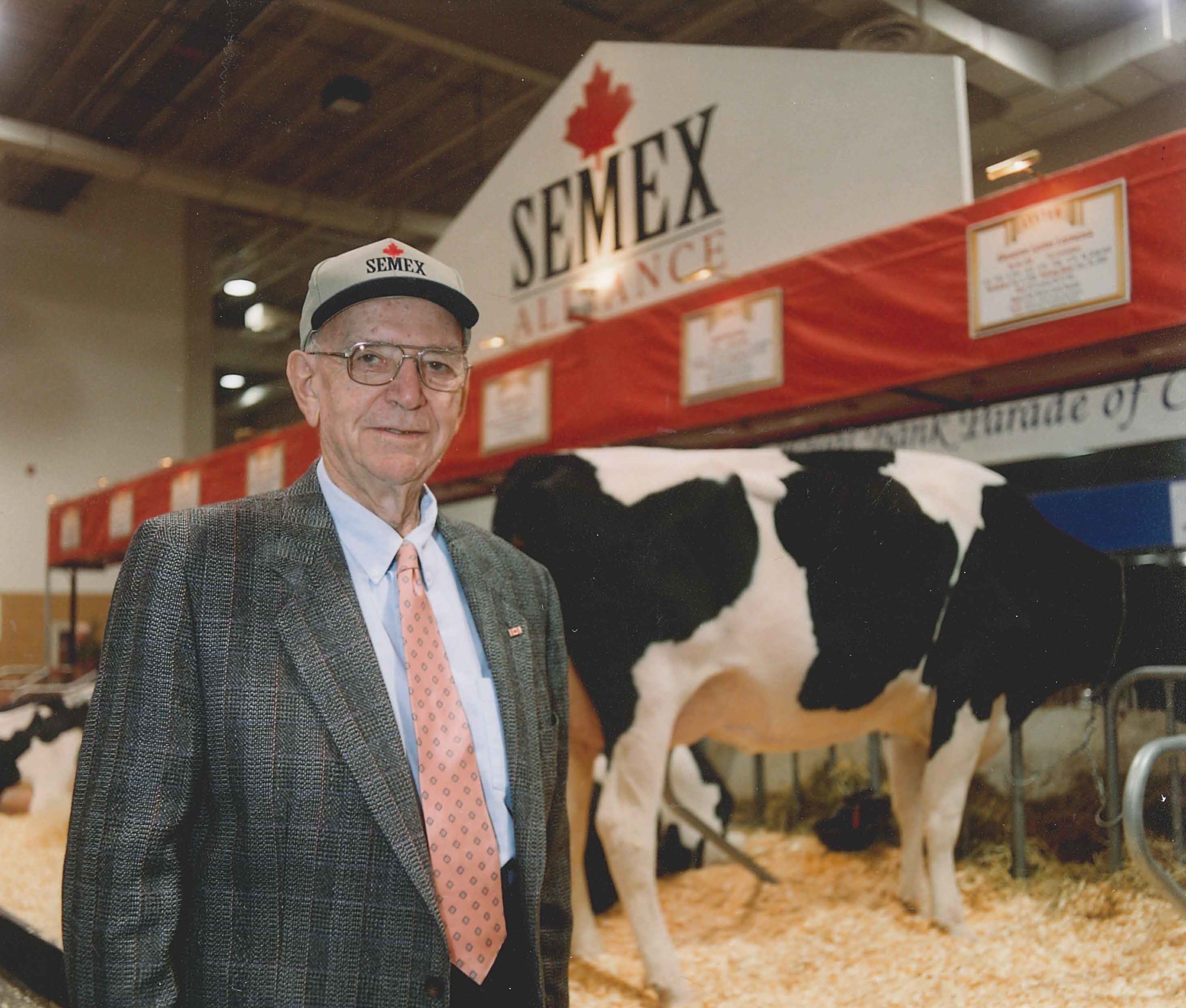 Commonly referred to as the ‘Father of A.I.,’ Roy’s life story is a testament to the modern dairy industry. Born in 1915 and raised on a dairy farm in Waterloo, Ontario, Roy’s experiences with dairy cattle breeding were his life’s passion and remain unmatched in our industry. Roy served A.I. in nearly every capacity possible, from technician to AI centre manager, as well as chairman of several influential associations including Chairman of the Semen Marketing Committee and Secretary-Manager of the Ontario Association of Animal Breeders.

Through this work, Roy saw the Canadian and global A.I. industry’s potential. After the first export of frozen semen to be flown overseas from Canada to Germany’s University of Munich was made in 1959, Roy followed up with a visit in 1964. He wanted to see these daughters for himself, and reported that their milk production far exceeded the herd average.

As frozen semen exports grew so did Roy’s involvement, overseeing the doubling of exports each year as he became more involved in promotion. This work culminated in one event that would change the A.I. industry’s global landscape, the formation of Semex’s precursor Semex Canada. In his book, Fifty Years of Artificial Insemination in Canada 1934-1984, Roy stated, “One noteworthy day in my career was May 8, 1974, when Semex Canada became a reality.”

“Roy Snyder was a pioneer, and we are all better for having his influence and vision. He is the forefather of Semex and at 99 years of age, Roy continued to take great interest in Semex’s success,” says Paul Larmer, Semex Chief Executive Officer. “Our work today continues to reflect his integrity and his vision for a growing global presence.”
... Read More... 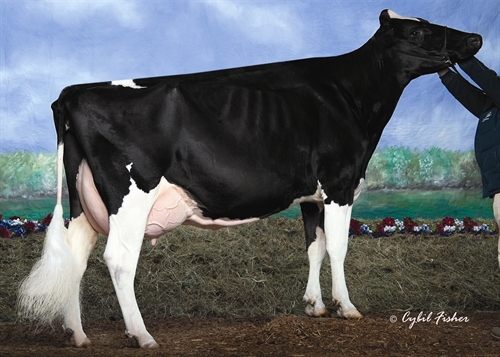 Genomic testing over 6000 young sires worldwide nets impressive results for Semexís industry-leading Genomaxô lineup. Designed to deliver a consistent source of the worldís leading genomic young sires, this program is home to some of the worldís most famous and profitable genomic young sires, including the international sensation 0200HO06480 Val-Bisson Doorman and breed-leading progeny proven sires such as Facebook and Numero Uno. Available now worldwide through this lineup is another outstanding individual bred to deliver profitable production, 0200HO07846 RH Superman (Supersire x Man-O-Man). A HealthSmartô and Robot Readyô sire, Superman is one of Supersireís top sons, ranking as his #7 GTPI son at +2589 with breed-leading +95 PTAF and an extreme +807 NM$. Semex clients will appreciate he ranks as our #1 Supersire, NM$ and PTAF sire with an impressive 162 lbs combined Fat and Protein. Like all Semex sires, Superman hails from an outstanding maternal line. His dam is a VG-85 Man-O-Man from Willsbro Baxter Pammy VG-87 and then Windy-Knoll-View Pammy the EX-95 Durham from the famous brood cow EX-95 Promis who has 19 Excellent daughters, was the dam of the 2008 All-American Produce, Nominated Global Cow of the Year in 2007 and has numerous sons in AI. Ask your Semex representative today about Superman or any of Semexís leading genomic young sires in the Genomax lineup today! For additional information on Semex, Genetics for Life, Genomax, HealthSmart, Robot Ready or any of Semexís products or services visit www.semex.com
... Read More...

Progressive dairymen worldwide count on Semex's Genomax lineup to provide a consistent source of the world's leading genomic young sires. This program is home to some of the world's most famous and profitable genomic young sires, including the international sensation 0200HO06480 Val-Bisson Doorman and breed-leading progeny proven sires such as Facebook and Numero Uno.

"Acquiring these two young bulls underscores our commitment to being the world's leading genetic supplier," says Brad Sayles, Semex Vice-President Global Marketing. "Providing our clients with these industry-leading type and milk McCutchen sons both deepens and compliments our lineup. Very shortly dairymen worldwide will have easy access to both of these sires, putting them to work in their herds, improving their genetic gain and increasing profitability."

Available worldwide beginning January 1 and March 1 in Canada, both Capital Gain and High Octane offer breed-leading type with high NM$ and high GTPI rankings, and they're from one of the industry's most prolific families... The Chassitys! Their dam is the VG-87 Observer from Chassity the EX-92 GMD DOM 14* Shottle who is the dam of popular sires including Colt 45, Charlie and Gold Chip. Next dam EX-92-2E GMD DOM 6* Cinderella and then the famous Barbie EX-92 GMD DOM 6*.